A Musician for Life: Improvisation, buckets, and multimedia reviving instrumental music for the centennial generation.

By: Russell Kirk
from Beth Tfiloh

Category:
Development of Critical and / or Creative Thinking

I’m reinventing the idea of middle school band – by orienting my lessons around creative improvisation and multimedia. improvisation in music curriculum is the key to countering the distractions facing increasingly wired youth. By using lessons like bucket band and film scoring, I’ve been stimulating their creative potential.

I had an old band director that used to tell us to ask our doctor what instrument they played. It wasn’t a joke, and no coincidence either, that our super smart doctors played an instrument too. Research shows that playing music stimulates learning. Kids who play instruments starting in lower school tend to score higher on the SATs too, studies show.

In my 7 years of teaching, I have seen an enormous increase in the possession of smart phones among my middle school age students. Five years ago, it was my high schoolers who were distracted, but now the middle school kids have caught on too. I would say that nearly half of my middle school students spend hours a day staring at the screen.

Music is about focus. Music asks of the musician presence – mental and physical – coordination, and persistence.

I’ve noticed that when I have my students improvise on their instruments, the phone compulsion disappears. More than that, though, they get to be creative – to use their instruments to make something new and their own. And this feeling inspires them, I can tell, not only do they forget about technology, but it manifests an even more herculean feat – they actually want to practice!

As a teacher, it is my duty to cultivate an engaging environment that motivates my students to practice their instruments at home instead of engaging with their smart phone. What I’ve found is that there is something inherent in music, and improvisation that combats this will to distraction.

To improvise is to be present.

By implementing several creative curriculums and lesson plans I have shown that students who have no prior reference to their instrument are motivated to learn music, and to go home and practice it. I place the highly creative art form of improvisation as a sole factor in this motivation.

Recently a researcher at Johns Hopkins University has been studying improvisation and it’s effect on the brain.

He’s been having patients improvise while in an MRI. And according to him your brain lights up like fireworks. No other activity has been shown to activate so much in your brain as playing and improvising.

Having a background in jazz I knew that I wanted to teach improvisation at Beth Tfiloh. I also knew that approaching musical repertoire in this way would help bring life back to a program with waning student interest.

Kids want to learn popular music, and I don’t blame them. Today’s popular music, however – composed with synthesizers, drum machines, and other computerized instrumentation – present a mental gap, between the sounds we can make with instruments and those we hear on the radio.

Kids don’t know what to do with the trumpet or saxophone like in years past, when you could count Benny Goodman or Duke Ellington as purveyors of popular music. It’s that mental connection we need to make, between instruments and music.

I knew there had to be a way to incorporate both analog and digital. How to reach kids where they are, while instilling a love for playing an instrument? That’s when I got the idea to mix new and old media: I’d have students write an original score for a popular film like Shrek or Mission Impossible in a class I’d call Multimedia Ensemble. We’d start by improvising over footage, and soon they had composed and recorded their own soundtrack to scenes from the films, which we performed live in front of an audience.

I’m always looking for new ways to get my students engaged with the hard work of learning music theory, and sometimes it helps to trick them with fun and interactive exercises. I knew that things like bucket band, a tool for learning rhythms and beginner improvisational techniques by playing on buckets, would be key to this. The buckets, among other things, help the students feel more comfortable experimenting and improvising without the fear of being wrong or not sounding good.

When I started at Beth T’Filoh, I wondered whether my focus on improvisation and exploratory music would get the kids interested in playing instruments again. But after the years I’ve spent here, it’s abundantly clear that they’re hooked. My numbers have doubled in the concert band, and my students slowly no longer feel compelled to check their phones all the time. When they’re improvising on their instruments, they’re completely focused, completely living in the moment.

wind and string based curriculums are in decline, and for many schools the idea of playing an instrument professionally has a lot less relevance today. Orchestras in major cities are struggling financially, YouTube and Apple Music have supplanted cd sales, and live performances are dwindling. Jazz and classical account for less than 2% of all music sales

What’s overlooked in all this, however, is the myriad of cognitive and developmental benefits that come with learning an instrument, whether or not you want to be a professional flautist when you grow up.

Playing an instrument makes you smarter. I’ve seen it in my students, and the ones that started playing in fourth or fifth grade – they’re hooked. The joy I see them gain from playing music and improvising spreads, its infectious. My doctors had exposure to instrumental music at a young age and I have no doubt it helped develop their brains early on. And they didn’t become musicians – but hey, doctor is a solid back up plan. 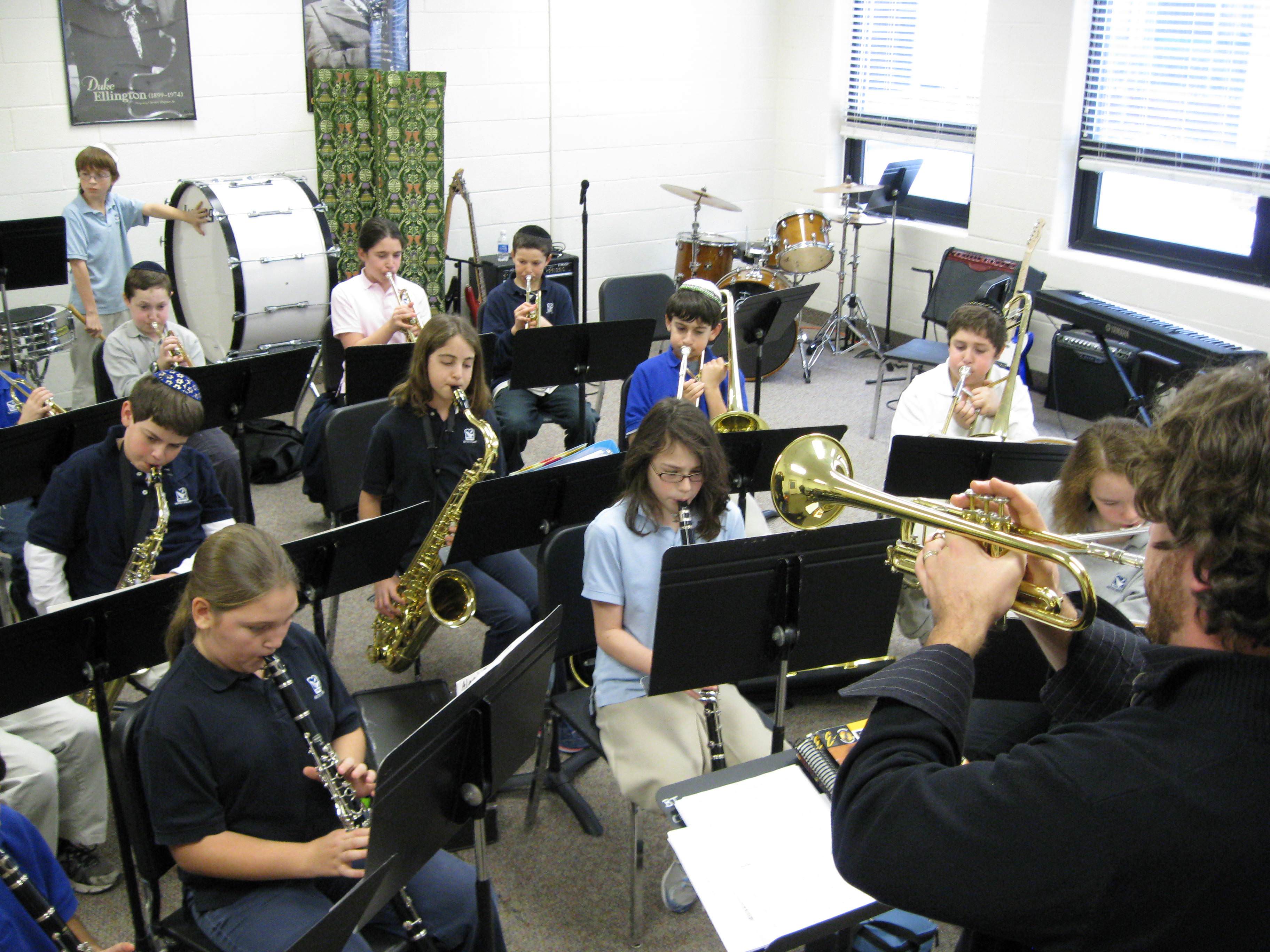 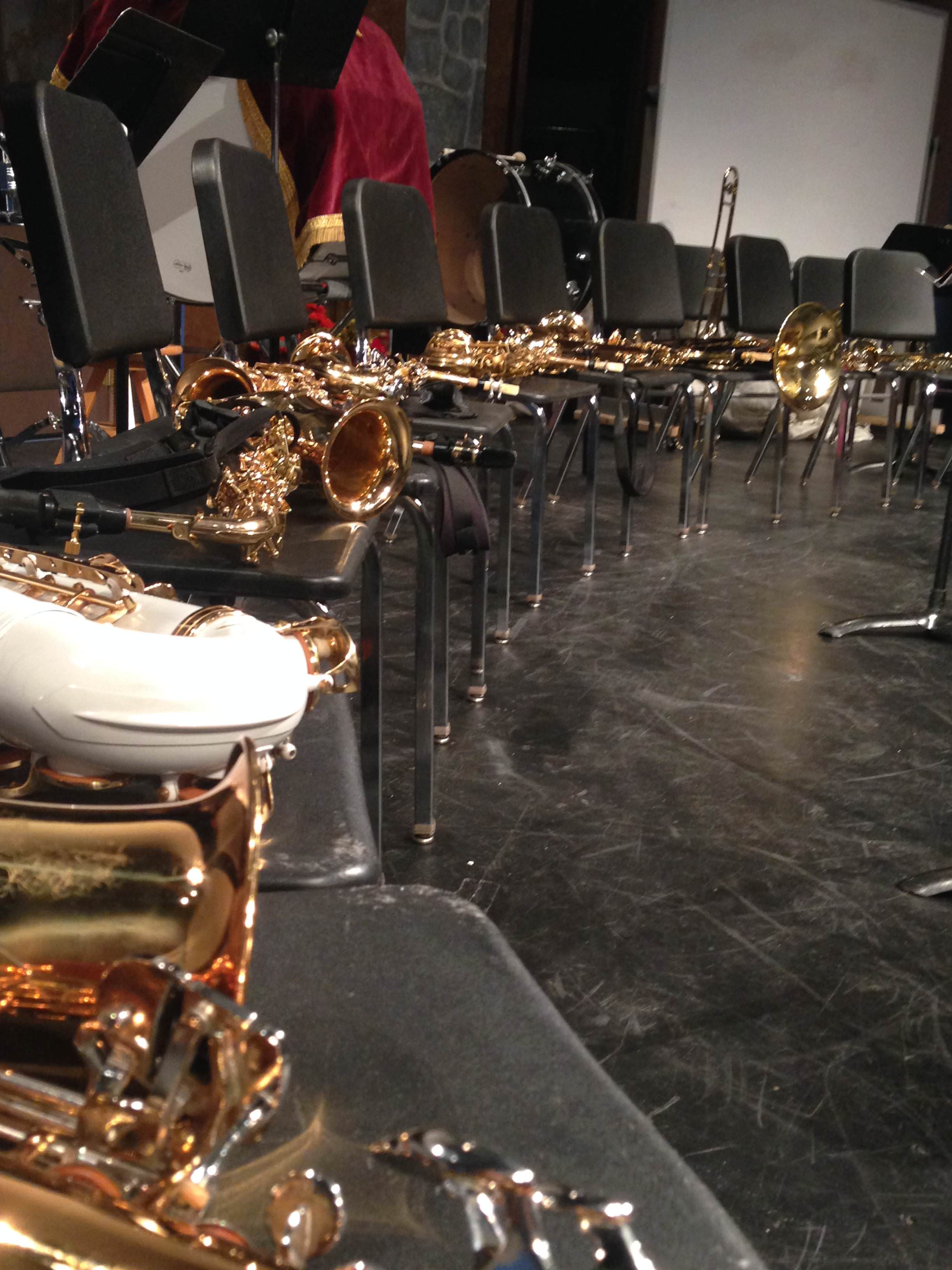 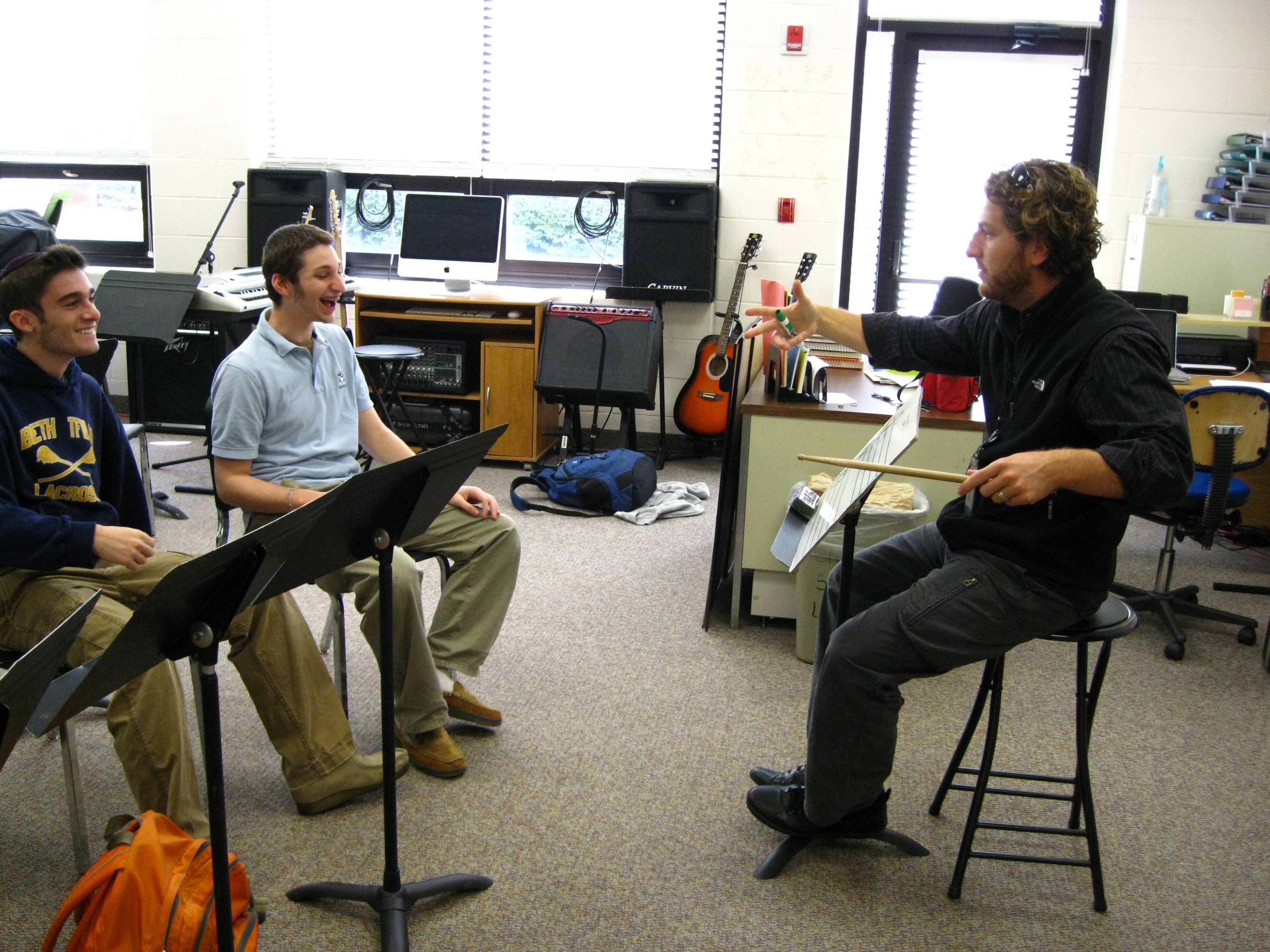 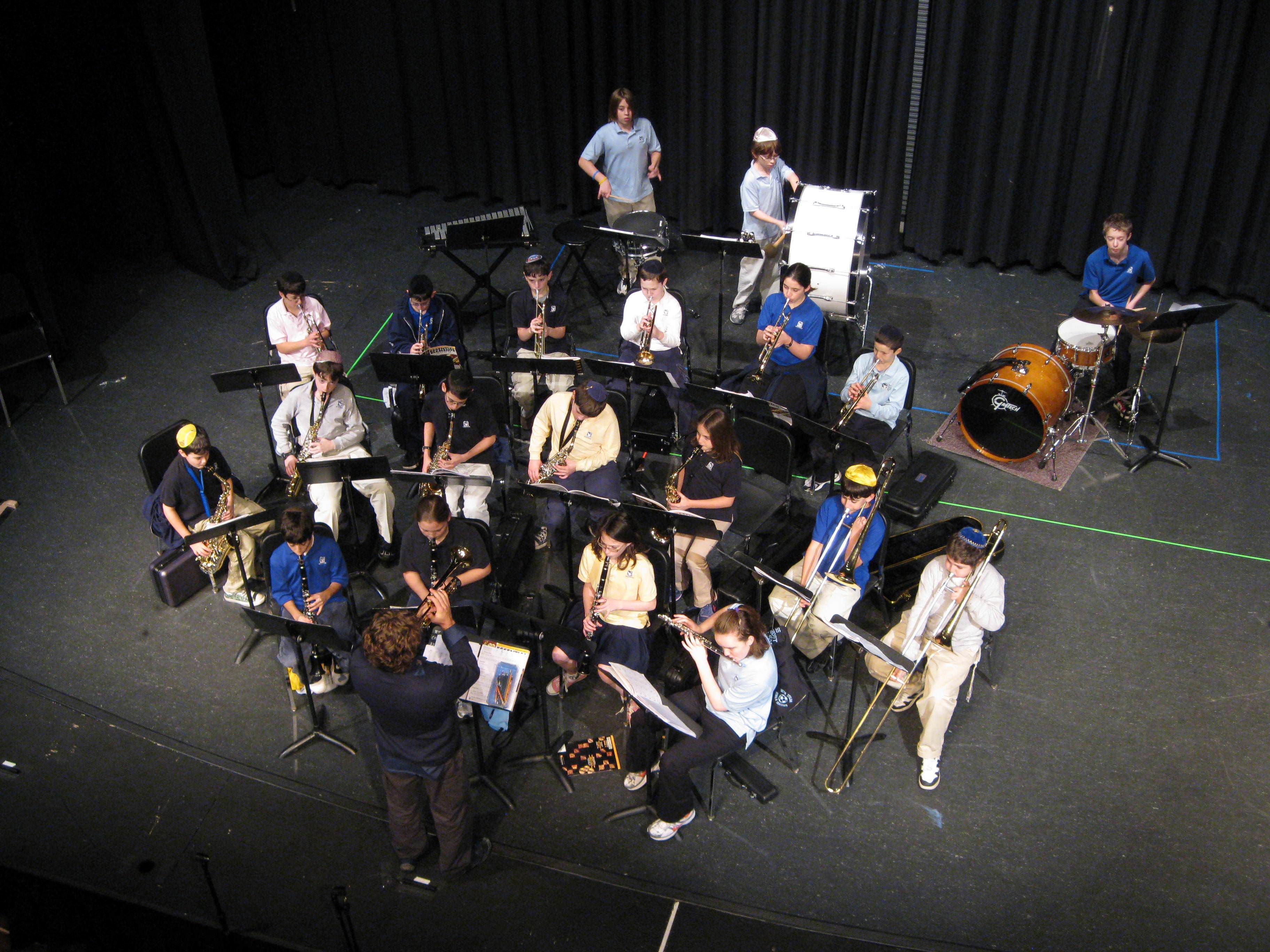 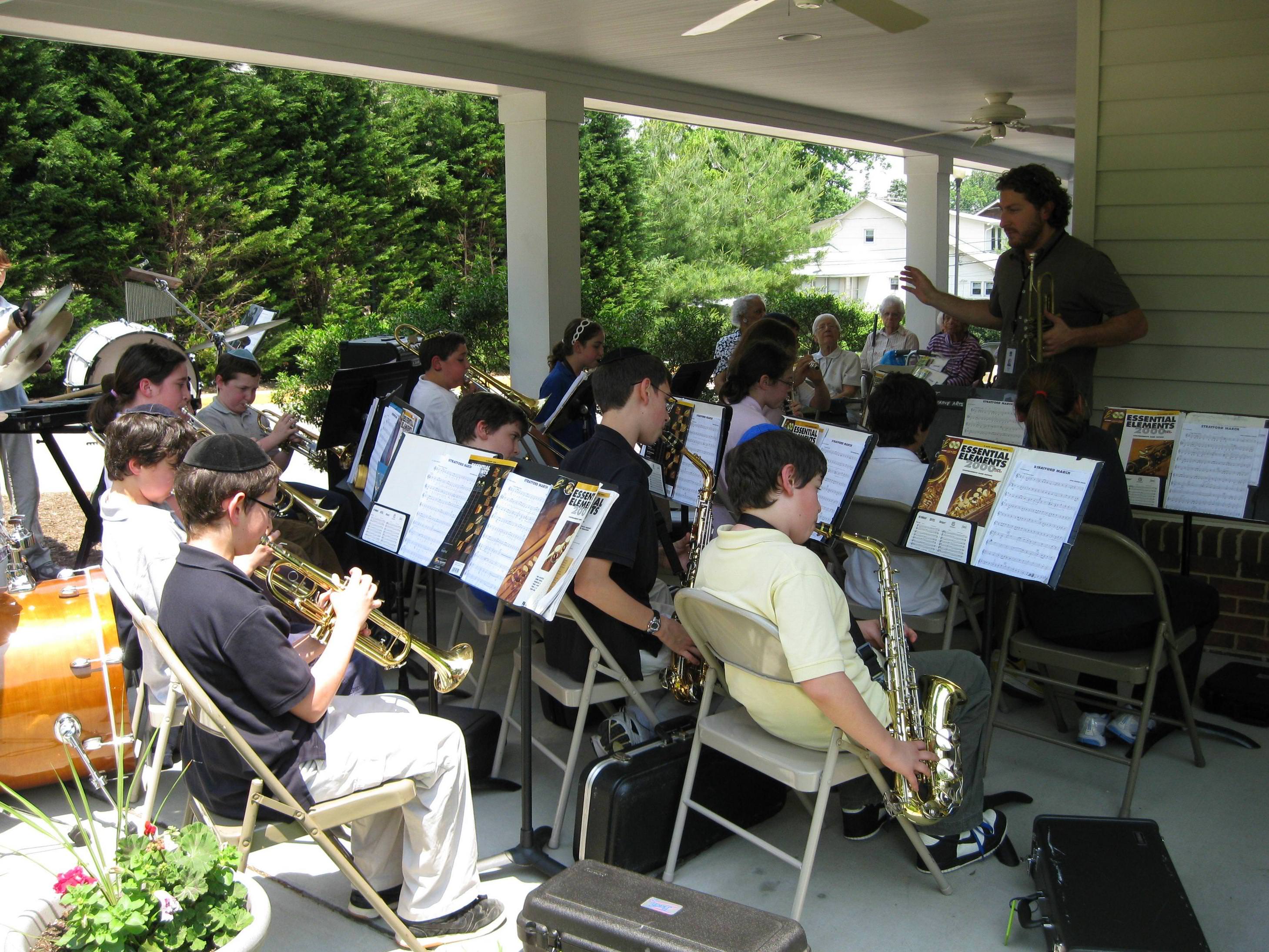 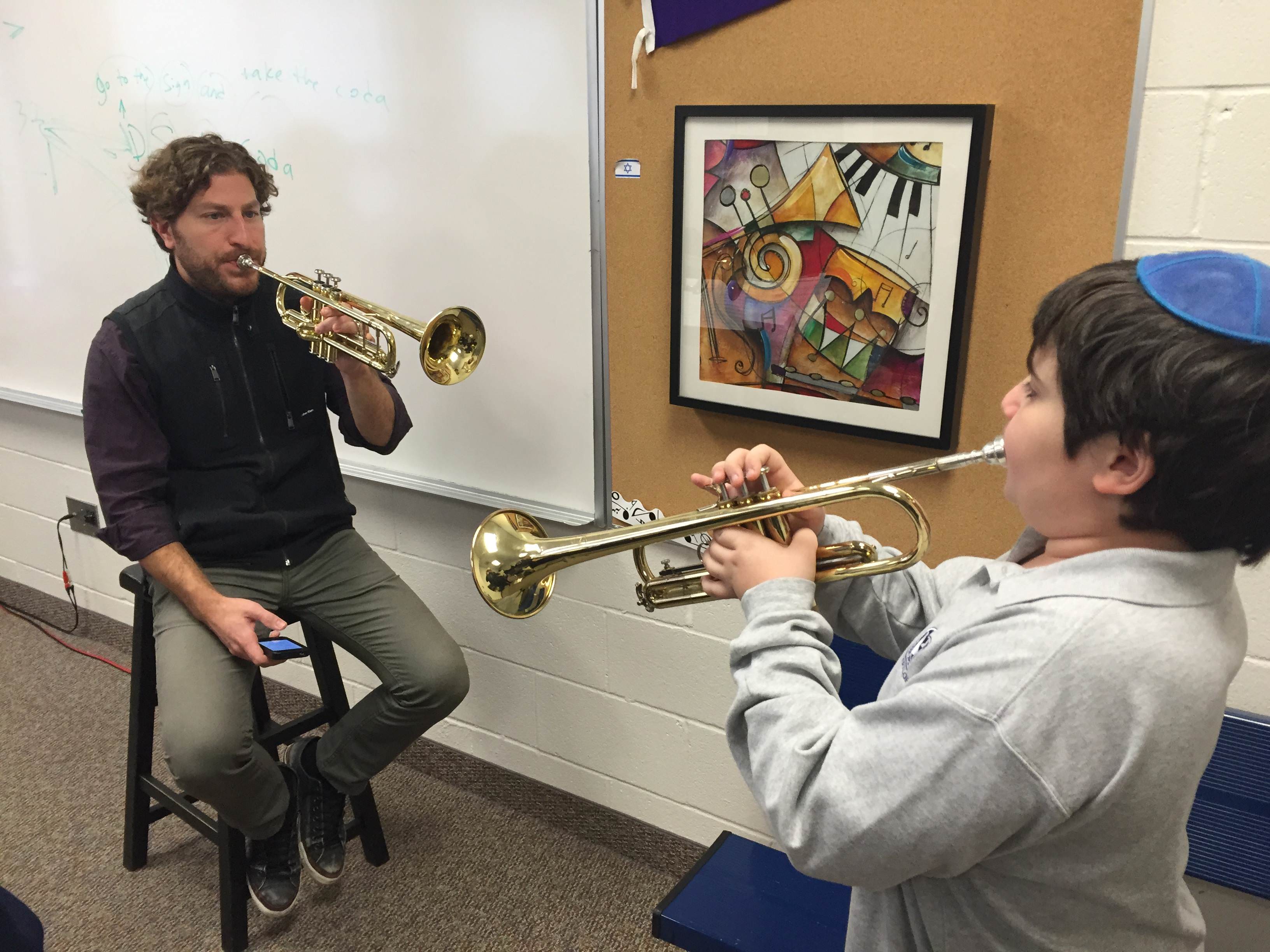 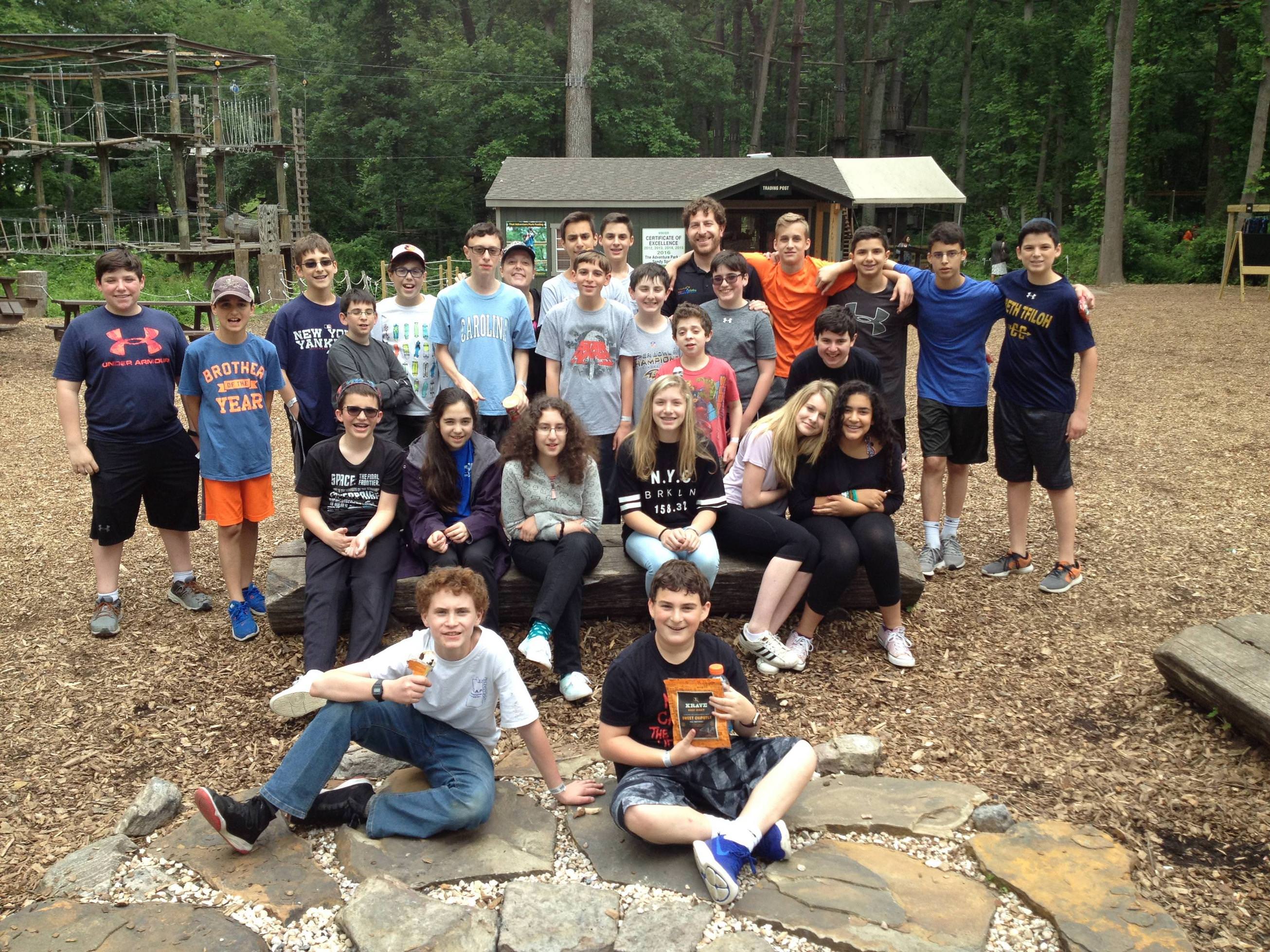 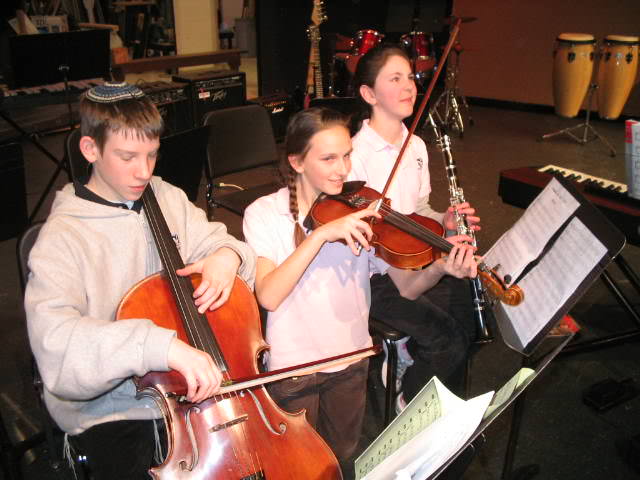 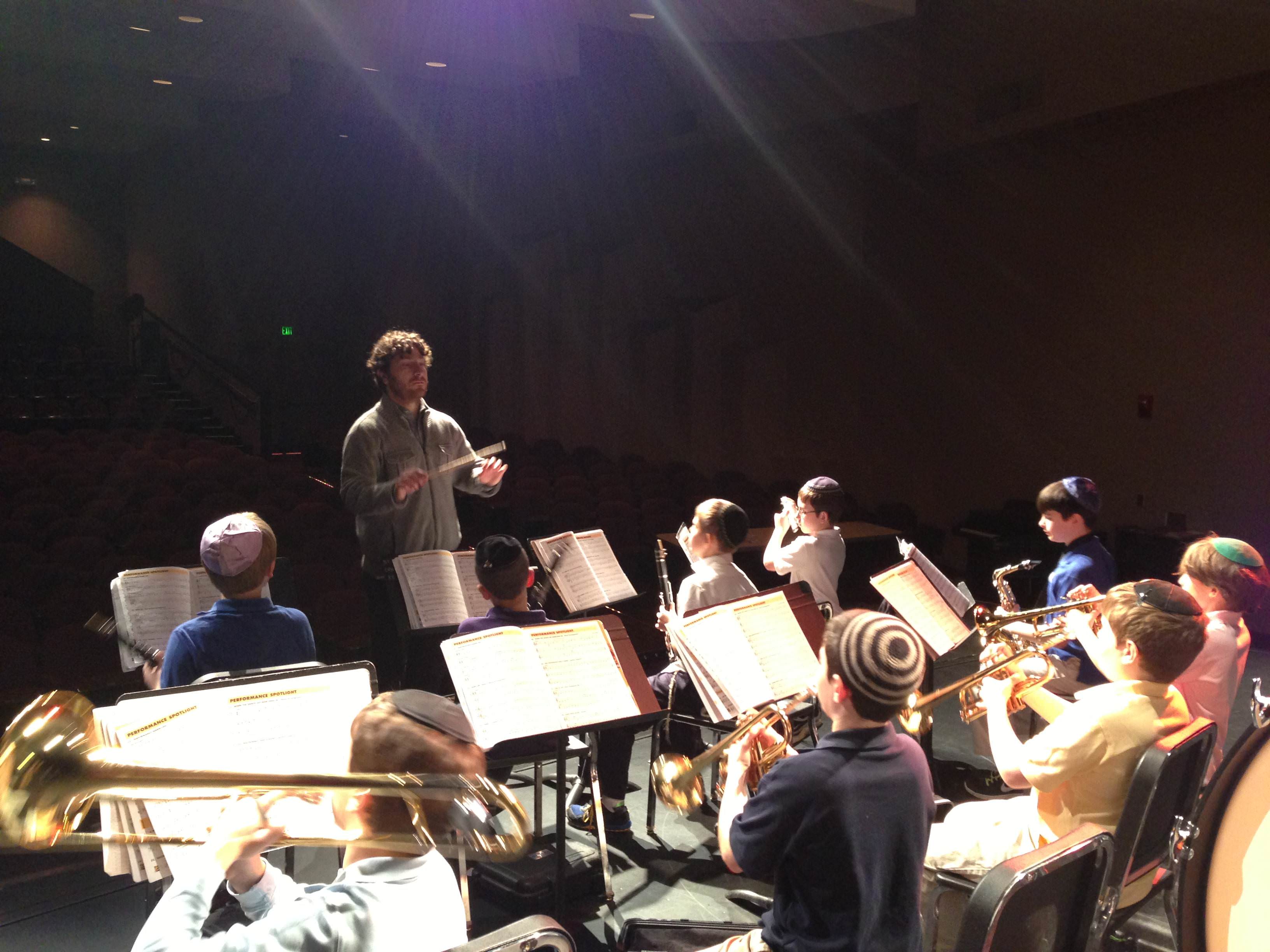 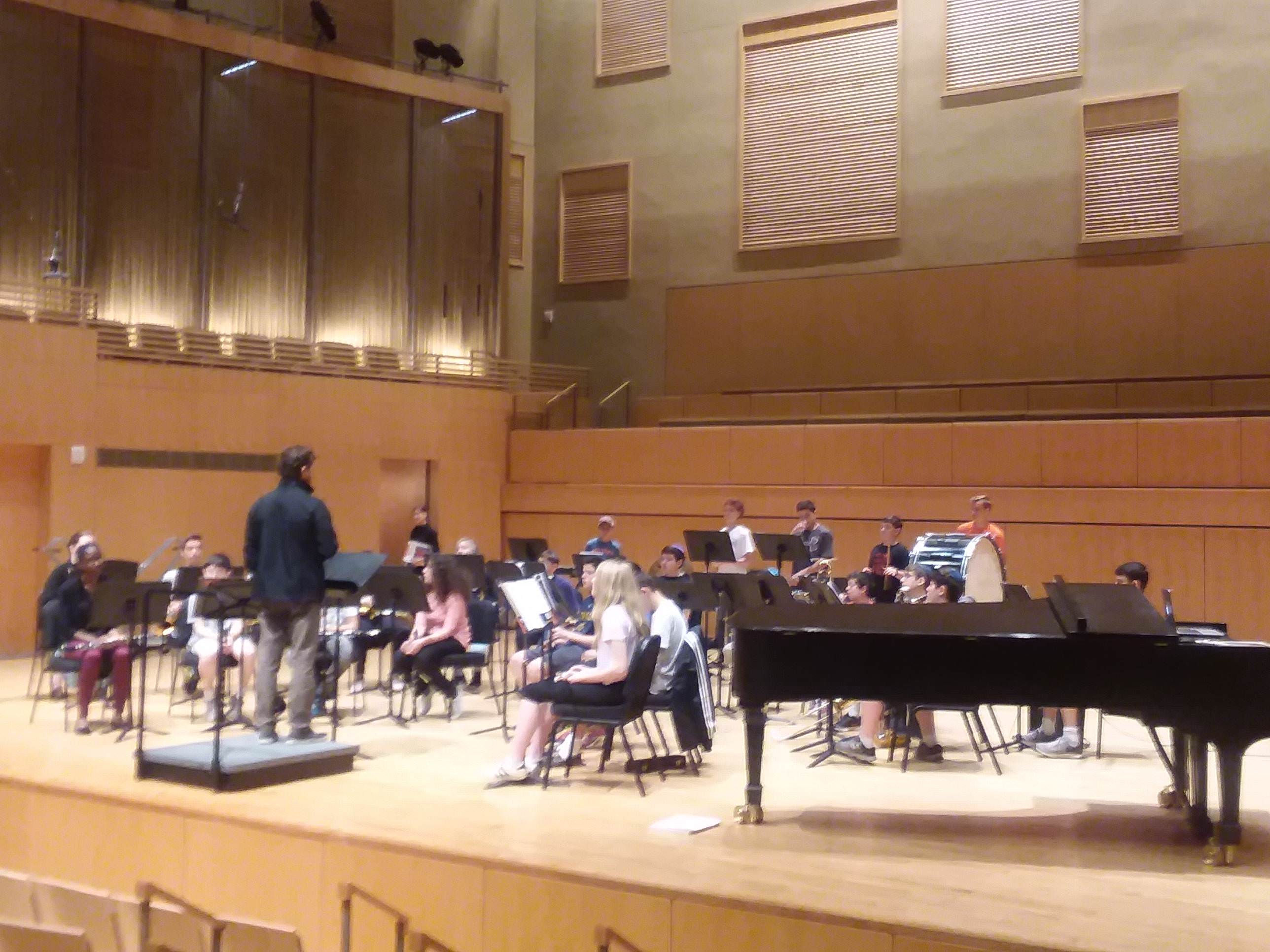 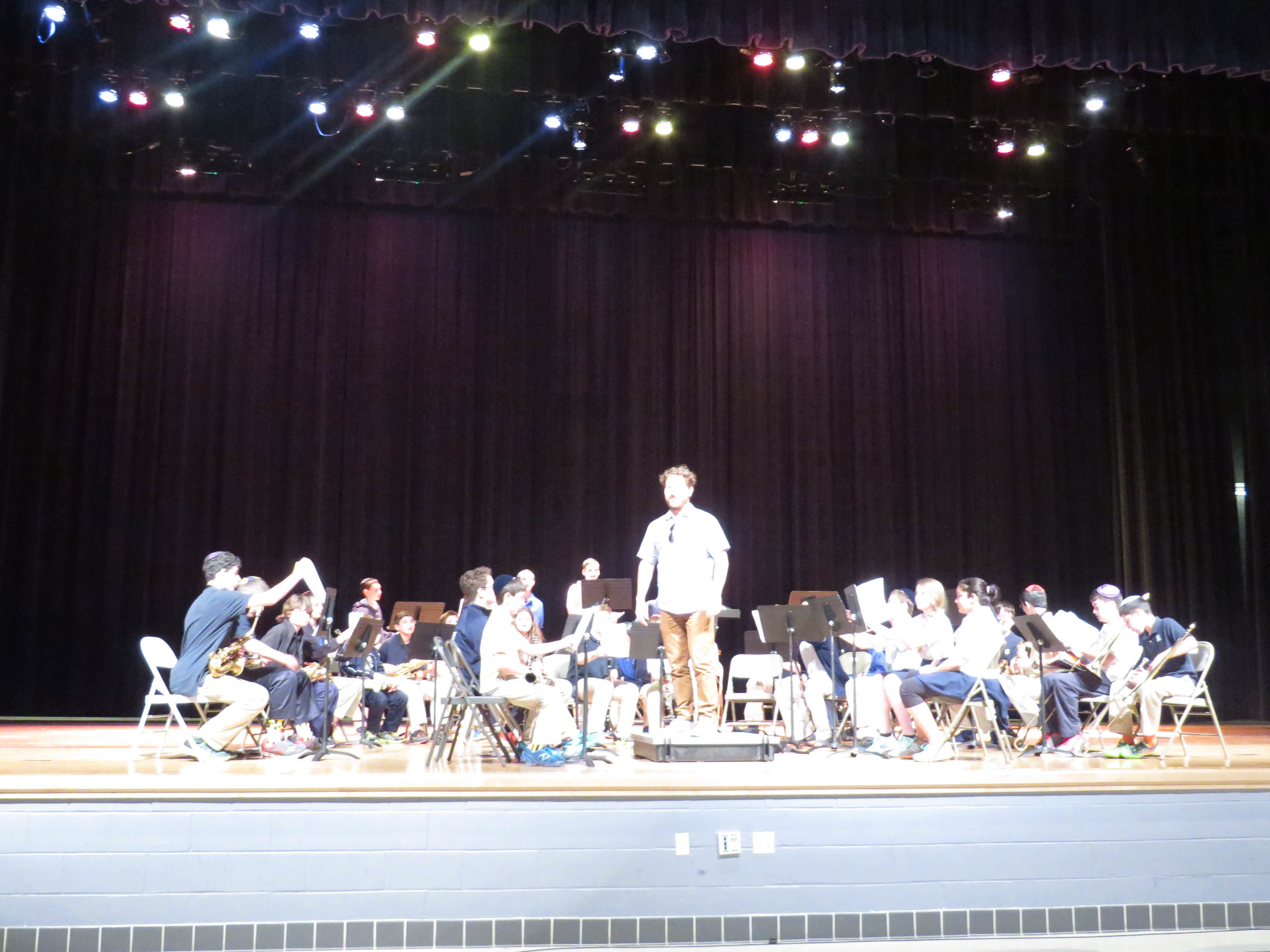 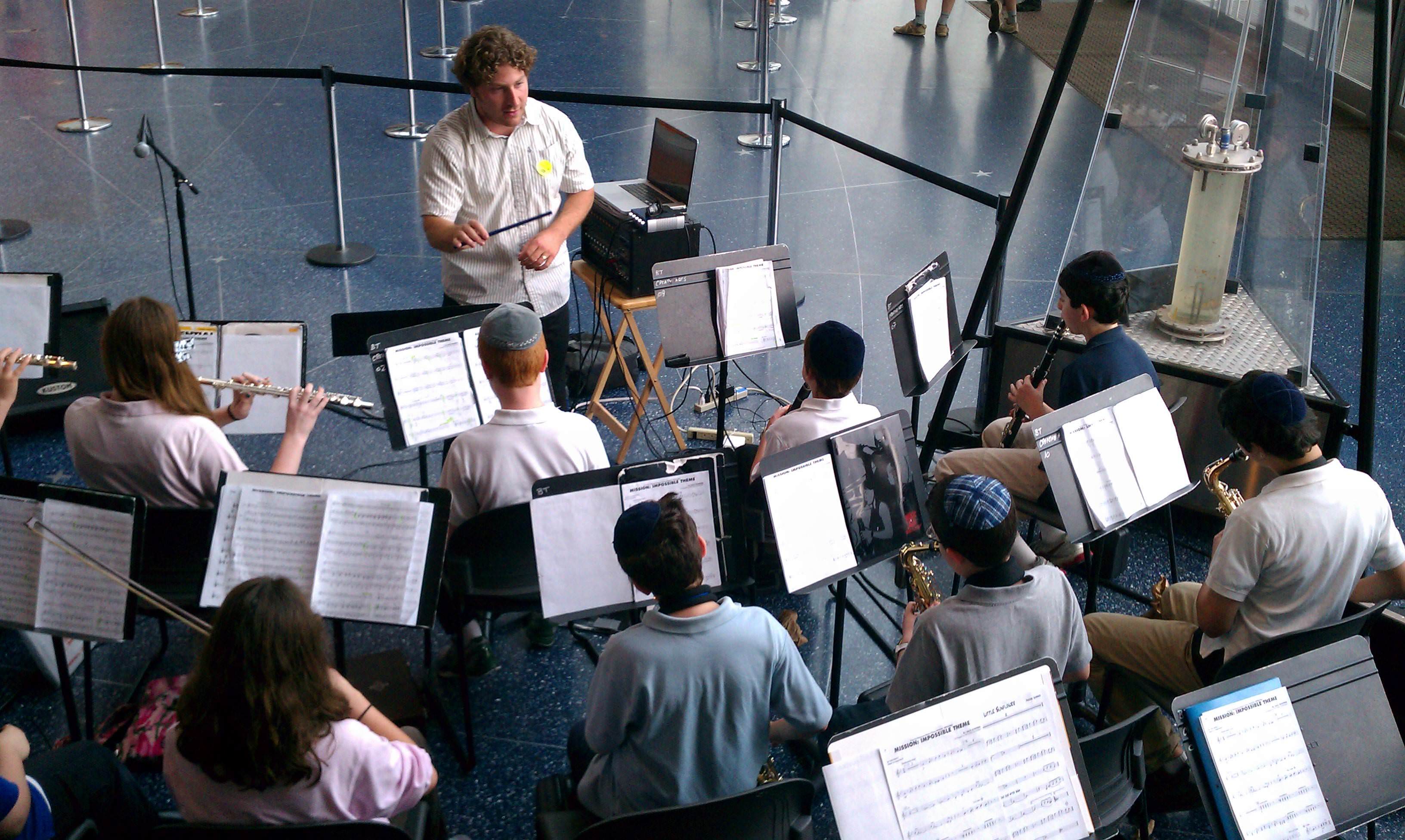 BIO
Multi-instrumentalist and composer Russell Kirk is an
innovative force in the industry who offers a fresh approach to jazz and improvisation.

A native of Baltimore, Russell studied at Towson University and The Peabody Conservatory.
While earning his master’s degree at New York University, Russell was an adjunct faculty member at The Steinhardt School of Culture, headed a music outreach program in Harlem, and interned at Saturday Night Live.

Russell has performed and recorded with a widely diverse list, among them – The Baltimore Symphony Orchestra, George Clinton’s Parliament Funkadelic, The Temptations, The Four Tops. In addition, he has played with: Sam Rivers, Terri Lyne Carrington, Dennis Chambers, John Scofield, Wayne Krantz, Kenny Werner, Jill Scott, Vusi Mahlasela, Paquito D'Rivera and many others.

As a leader, Russell has released two solo's albums for the independent jazz label "Inner Circle Music".
He is a member of the Maryland state arts council touring roster and is a 5-time recipient of the MAAF Individual artists award. Russell has been an artist in residence with The Kennedy Center, Better Carter Jazz Ahead, and the Carnegie Hall Institute.

Currently Russell is a Buffet Crampon USA Performing Artist. He holds annual
master classes under their banner. Along with their clarinets, he plays the Buffet 400 series alto, tenor, and baritone saxophone.