Differentiated Instructions through the use of Muli-sensory felt boards

Grade(s) to which this was taught:
K, Elementary school

Grade(s) for which this will be useful:
K, 1, 2, Elementary school

This project describes how multi-sensory felt boards are used to drive differentiation in content, process and outcome for Parsha and Yahadut in the classroom, based on my students need.

The latest brain research, has shown that multi-sensory learning is learning that treats a child as an active learner and makes usage of techniques that stimulate more neural pathways within the brain.  The quality, quantity and consistency of stimulation will determine to a large extent the number of brain synapses that are formed. I really wanted my class to provide a positive impact on the their current development and provide brain connections that would last a lifetime. Multi-sensory learning does just that, by stimulating more neural pathways within the brain.

I had been looking for a way to teach Parsha, Yahadut and many other concepts through tactile mediums. With the help of a creative friend, the Parsha/Yahudut felt board was born. There are many diverse ways in which I use the felt board to differentiate in my kindergarten classroom.

I am able to differentiate the content (fact and concepts) presented based on quick pre-assessments and react to their needs, readiness and interest. There might be students that remember the Parsha from last year, and I would therefore present additional facts to this group. Or perhaps there are students who are hearing about their Jewish Heritage for the first time and need to be exposed to the basics.

I am able to differentiate the process (or activity) and product (or outcome) by providing various options at differing level of difficulty using the felt board. I might need to offer different levels of support for different students. For example; some students would retell the Parsha story replete with details. Other students might be working on identifying main characters, while others might be working on their sequencing skills. Additionally, I am able to integrate many other skills such as math and critical thinking. I might instruct a student to put the sun on the top of the felt board and the water on the bottom; or to show me two animals entering Noach’s Ark. I might work with classifying items belonging to a specific day of creation. We might complete an activity, “I was brave like Queen Esther when I…..” after completing the Purim story. The students can “light” a felt menorah demonstrating mastery of the laws of Chanukah. Around Pesach, after learning about slavery through the felt-board, we might complete this sentence,” The Jews in Egypt worked hard for King Pharoah because ________, the last time I worked hard was______”.

Each child is able to tell the story on their own level. There are students that love to share the Parsha with a partner, and those that like to visit the felt board alone.

As you can see, the felt board and its many uses is an integral part of my teaching.

With the help of the felt-boards, I get to see my class rethink about what they have learned, extend their skills and become more involved. 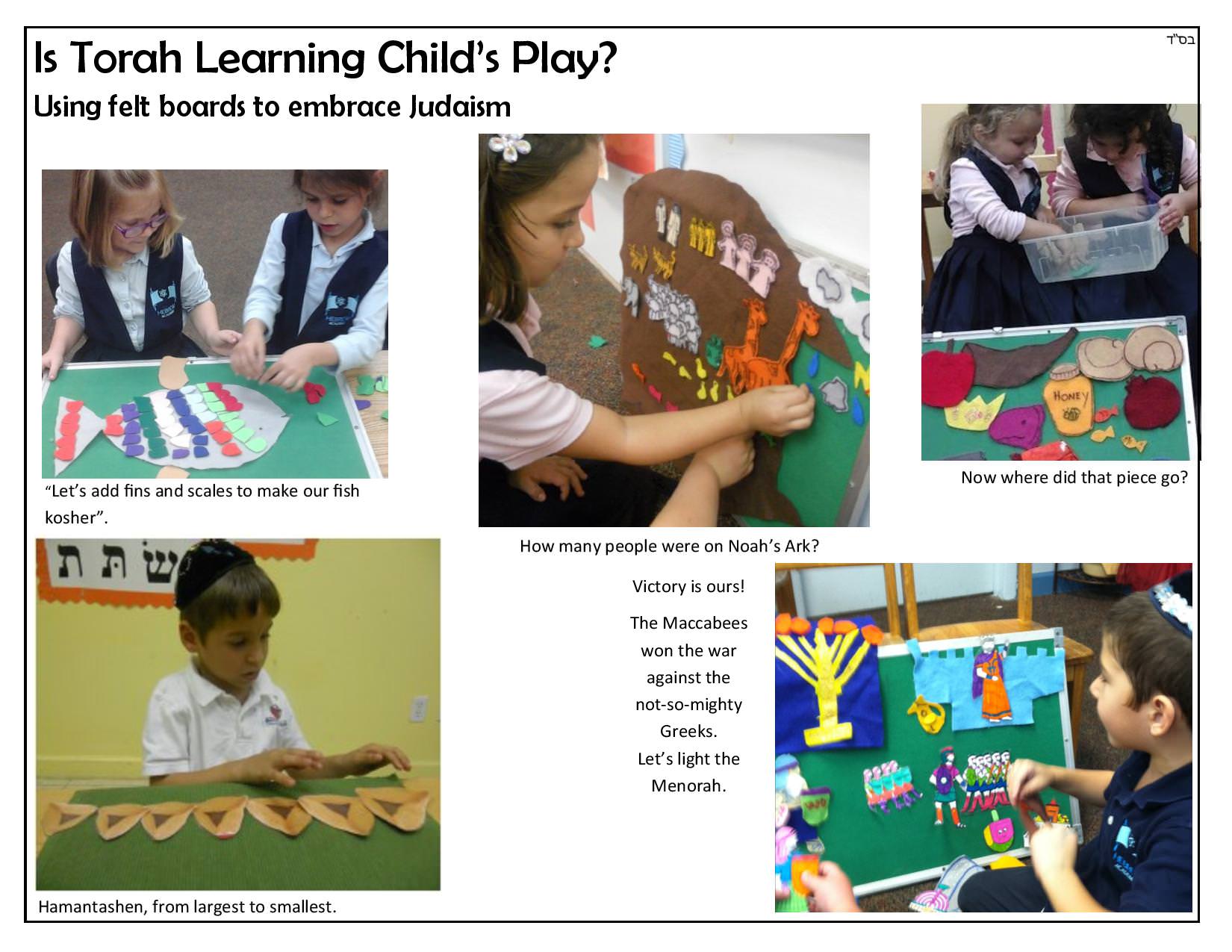 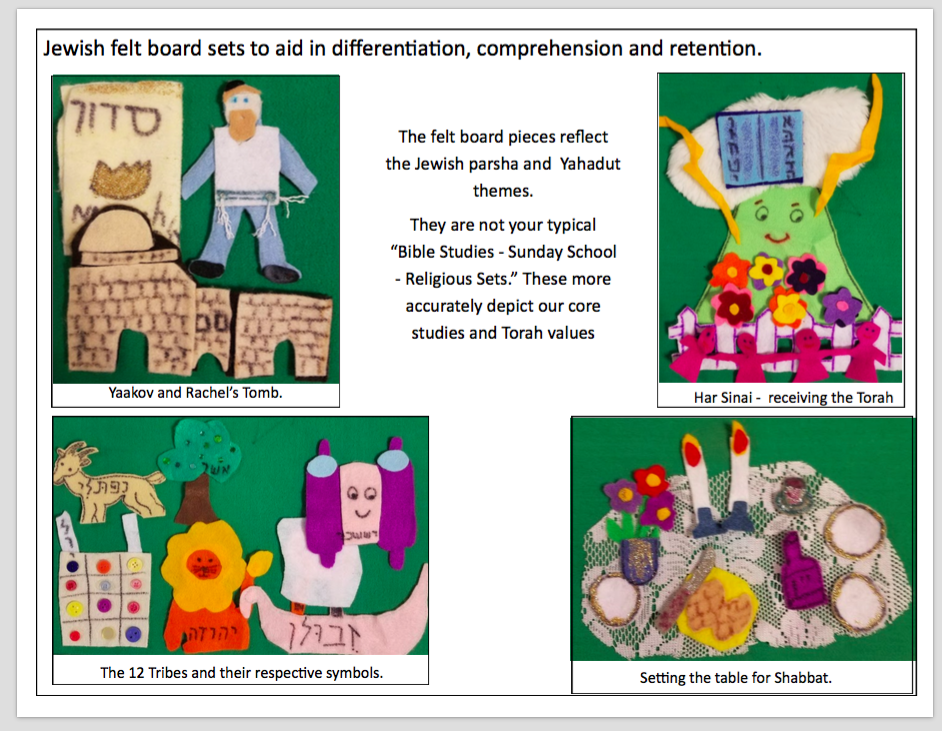 Chana Sheinberger has been teaching for over 25 years. Chana has been the recipient of the Walmart Teacher of the Year Award, Margate Teacher of the Month, and a recipient of the Grinspoon Steinhardt Award for Academic Excellence. Chana graduated from NOVA with a Master's in Education. Chana has taught in Australia and Israel. Chana has a love for teaching, learning and aims to instill an understanding and love of Judaism/Torah Values while developing a passion for life-long learning into her students.